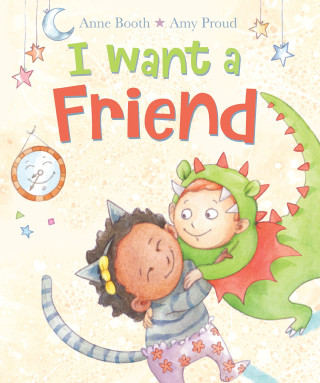 I Want a Friend

Originally conceived and developed as a set of three ‘first experiences’ picture storybooks. Anne Booth’s and Amy Proud’s I Want a Friend was the first title. Arthur’s question to ‘catch a friend’ gives an insider glimpse of the world of a group of nursery children. From friend troubles to food and sharing toys, the small, but powerful personalities are brought to life with bounce-along rhyme and hilarious illustration.